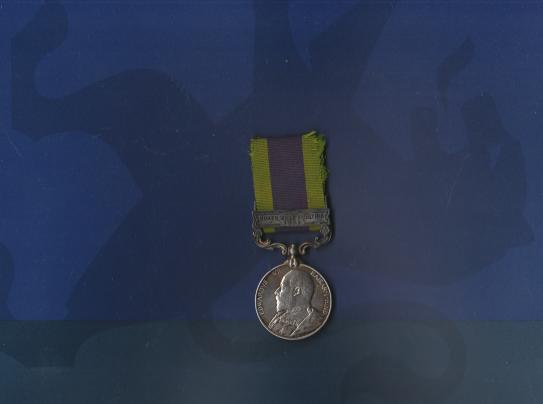 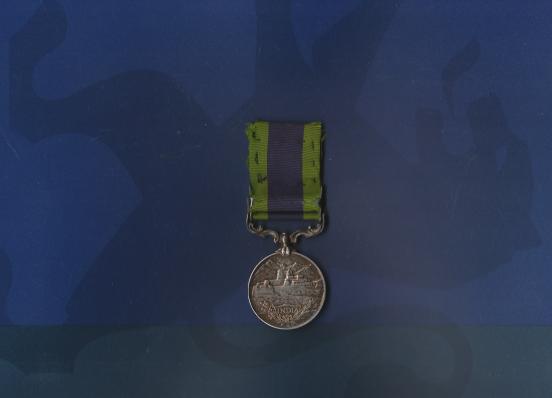 Emmanuel Mitchelmore an 18 year old labourer from Kings Bridge Devon enlisted into the RGA in 1899 , he served in India from January 1901 to February 1911 and was finally discharged at Gosport on the 8th of February 1911 after 12 years service. He received a gunshot wound to the right hand in action on the 18th of February 1908 during the expedition into the Bazar Valley against the Zakka Khel Afridis

" As usual in this type of warfare , the return journey was closely followed by the enemy. They closed in on the rear guard and flanks as soon as the column began to move off and especially selected for attack the mountain guns ( 3rd Mountain battery RGA ) escorted by men of the Seaforths , moving through fairly open country south of China, and the 54th Sikhs on flank "

The total casualties sustained by the expedition were 3 KIA , 3 DOW and 35 wounded , 2 KIA , 1 DOW and 8 wounded being British Troops , 6 of the wounded belonging to the 3rd Mountain Battery RGA

This the recipients only medal awarded during his service

Medal with official correction to the first e in surname, otherwise in toned NEF condition